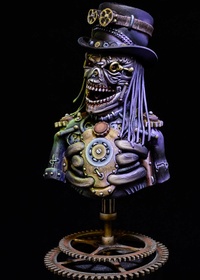 Spartan Andy has kindly let me off the leash a bit to answer a few questions folks might have regarding the book contents.

The SESWC Playtesters were heavily involved in testing most aspects of the book (except to the background which is always top secret! ) so we might be able to shine some light on the possible content of the supplement.

Inside there will be Belgians (both Royalist and ....er...Non-Royalist).....this is a nice mechanic that brings them into the sphere of RoF, KoB and PE players.

Dominion of Canada vessels are in which add considerable punch to both KoB and FSA land fleets.... the 'Funnies' for this nation are brutal and expensive!

Kingdom of Denmark sea vessels make an appearance (my favourite being the Hussar variant!) Both versions move 'sharply' and drop special mines... [I can see my Prussians making unreasonable demands upon my wallet to buy these guys!]

The Polish/Lithuanians are a great addition to the RC fleet too, with lots of flame weapons, they are sure to give their usual Prussian adversaries a roasting...

The Prussian too get a Scandic boost with the Teutonic Order making an appearance....the Faust Robots are fearless killing machines! and the adapted Air Ship, whilst expensive, is the perfect delivery vehicle for them.

Those of you who have played other company's games will recognise the principle of 'Special Characters' and Storm of Steel has a chunk of 'em! (Sturm, Avis, Duke to name a few) The blog says these will be adapted models (I guess with resin and metal bits added on..)......so you will all rue the day when I field General Sturm's Mega-Metzger!

Scenario-wise, the mix is fantastic. Attacks on oil rigs, Amphibious Landings, A Bridge Assault, etc...means that diversity and scope are the focus!....and there are MAPS!....All are designed to really test the veteran gamer, but smart-cookies who are new to the Land Game will enjoy these too!

Finally there is Infantry! Just to put a few folks minds at ease, the decision in design right from the start was that the addition of Infantry in DW was to be a flavour-mechanic rather than an overpowering one. The game is all about big tanks/airships/robots etc and infantry shouldn't be seen to take over! I have to be honest at the start of the process I was convinced infantry were needed, but the more I played with them the more I came to admit they are a solid addition, a condiment not an ingredient.....[and those of us who have bought a bunker....and got a ton of small and medium garrison buildings will be very happy]

Basically, one of the reasons why most Naval-focused DW players had shied away from the land game in the past was the lack of diversity within the theatre, I'm happy to report that with this book, everything changes. The nations involved get loads of new rules and MARs, tons of new toys to use, great scenarios to get the veteran gamer salivating, and I'm hopeful that it will open up a new sphere of gaming to everyone!

Cheers, and any questions? (within reason...don’t ask me to quote rules...cos I wont tell!)

I'll give it a go at answering, but prepare yourselves for a long and winding ramble!

Infantry - They are based at the Company Level for each pip on the dice, with Battalions being the method of collective measurement (ie a Token with 6 Company Dice Strength is a full Battalion)

Infantry In-Game - Its a good question. During testing we played a load of games ranging from 1 or 2 stands of infantry to (rules breaking) all infantry games. they tend to work best if you use them to support your gameplay rather than define it in my experience. Its been mentioned before that they are more of a flavour rather than a core element of Land Games (presumably because technology has advanced to encourage nations to field vessels instead). This is no bad thing as we found the all infantry games were a bit of a slog, with players moving VERY slowly towards the enemy.... (so as not to suffer Stamina Loss and inevitable Combat Effectivness reduction)

*Engineers are very effective at clearing enemy Mine fields, so in testing we found them to be very good in attack..... but their repair ability is also darn handy too
*Artillery was probably the biggest sticking point within our testing as about half of us felt the mechanic was better represented as a model (a sort of Anzio Annie gun-thingy), but the desision was made to press ahead into short-range IDF troops eventually (think of them more like a Mortar Battlation - if such a thing were to exist!)
*Reserve Troops are a solid addition to the forces prone to expending AP in-game, their Depot MAR coming in handy for Land Ships that suffer critical AP Loss (ie Hard Pounding)........Those of us who play the Land Game a lot hate that crit as it makes our Land Ships (who unlike the Sea game, dont have Escorts to insulate them) suddenly very vulnerable to small-tank-rush-boarding action.
*Line Infantry - The ground pounders. These are essentially your CAP for land.....or a Combat Ground Patrol if you prefer. They are all rounders, capable of engaging other battalions and protecting assets on the battlefield. Most early games should probably have these to start with I reckon.
*Grenadiers/Cavalry - The Assault Troops. These guys are very good against other infantry (especially when mechanised) and have a one-off attack against armour (like Dive Bombers). During testing these guys distinguished themselves over and over again, leading to a slow point creap to help create balance. They are still very solid, but care must be taken to keep them back, ready to attack the right target at the right time.....and dont let them get strafed by enemy fighter wings!
*Mechanised Infantry - I really should mention that all infantry get a chance to upgrade to mechanised (thus increasing their movement!) for an additional points cost.....or you might want to field them using forward garrisons....or Combat Drop them into the battle.....or bring them in on Small Landing Barges...... or make the poor beggars walk....

Alliance Nations - Real care was taken to allow those nations that have a degree of self determination within the background to be capable of fielding their own forces. A certain amount of lend-lease was needed of course, but players who own core nations HAD to be able to play with the new nations with only limited investment. Basically we all wanted to break down any barrier folks might have to gaming with the new supplement and its models whilst at the same time not short changing the new nations.

Scenario-wise - Discussion regarding the scenarios builds and their combatants was 'energetic' to say the least. Initially the suggestion of creating a multi-nation campaign format (...much like my Lodestone Campaign) was touted, but given the volume of rules within the book, it was felt that this might be a step too far for most. So we settled upon a similar format as was found in Hurricane Season. We were concious that the scenarios should contain the alliance nations to help showcase them, but of course using the MFV anyone can play them. Long term I'm sure Spartan will want to look at the 'generic-campaign' format because it energises gamers, and that's what Spartan are all about, but for now these scenarios are pretty water tight (I hope) providing tough gameplay decisions for veterans and noobs alike.

New Models and Special Characters - These are SoS focused heroes that played critical roles within the storyline. I cant say too much regarding their looks.....We tested them with proxies

....but they are a great flavour addition. Players are free to use them in other re-fights if they like (provided the opponent agrees), and if I'm honest they all kick ass on the tabletop.....so assuming the models look good (and knowing Spartan, I'm sure they wil bel.... ) I'll probably get them all.....er...just out of a sense of completness you understand.... :unsure:.

The Future of the Land Game - Its clear that Spartan are keen to develop the 3-theatre concept. More models in Land and Air are inevitable I reckon. this should help to broaden Naval/Air gamer's playability within the Dystopian universe by opening a new avenue to collect and game within and help keep the game fresh for everyone. Spartan have announced the new raft of models that will be coming out in the first half of next year and the contents of the list is telling I think....

My preferred 3rd Book would be situated in the Med/North Africa, if I'm honest, with CoA, FSA and EoBS getting a look in. Ottomans, Italian States, Egypt, etc could also enter the mix.... But time will tell. There are lots of games to play first.

Given the success of Hurricane Season worldwide, its clear that the campaign book supplement format is popular with gamers. Good business practice suggests that Spartan will continue to provide more.....but there is another reason..... I've found with our interaction with the chaps at Spartan Towers that unlike other playtesting our club has been involved in, the folks in this company REALLY DO play the games and as a result are passionate about the direction it takes.

Its one of the reason we are all so commited to testing with them - its really hard to knowingly let fellow gamers down. With a Company the interaction is face-less, but with gamers its personal.

I hope I've answered most of your questions with a reasonable (....but not too effusive) degree of clarity.
The process of Campaign Supplements started with Hurricane Season and now continues with Storm of Steel. I hope players out there enjoy gaming with it as much as we did testing it, and it leads to everyone playing bigger, more diverse and exciting games!

Cheers, and thanks for reading.
Delboy ...and the rest of the SESWC Playtesters!

Spoiler:
Here’s what you can expect next for Dystopian Wars:

These models will arrive after our first set of Alliance Nation models.

From the Frozen South 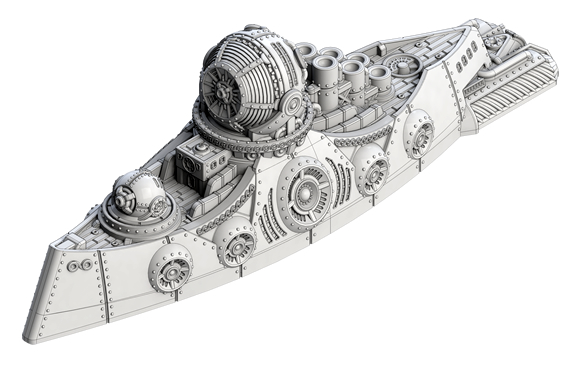 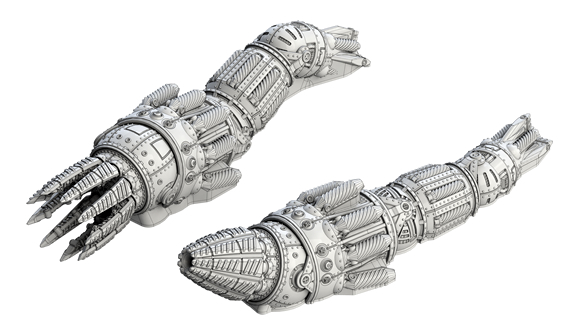 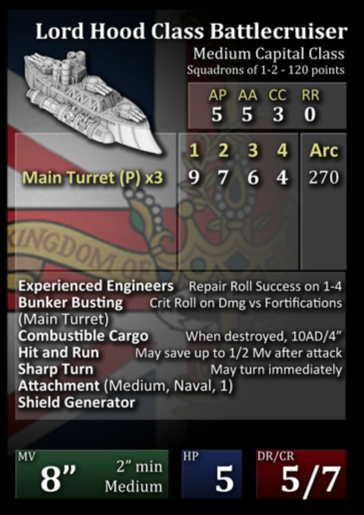 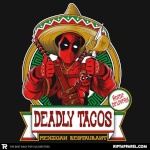 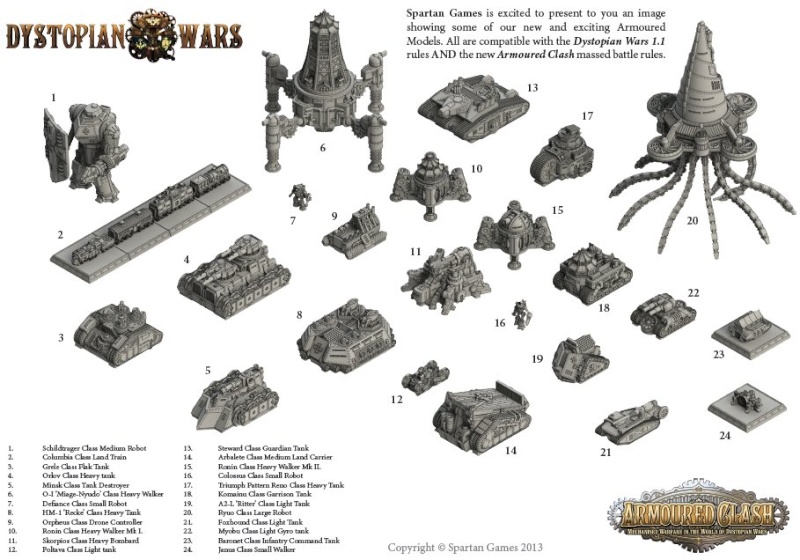 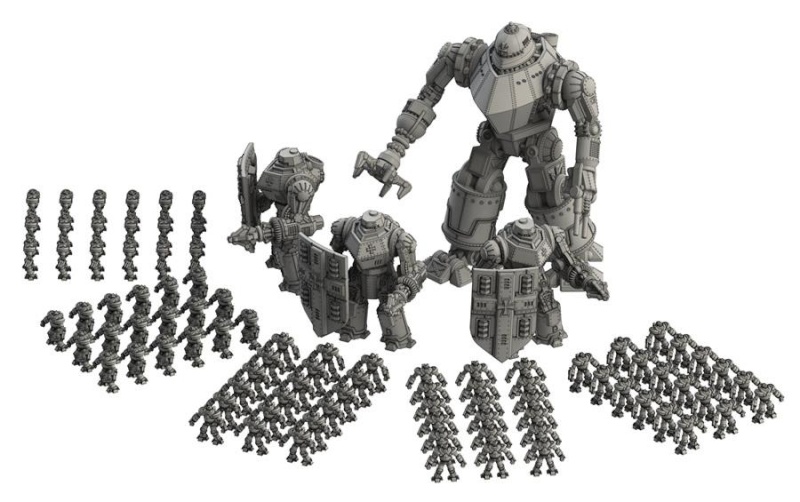 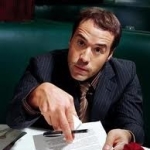 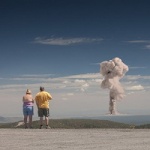